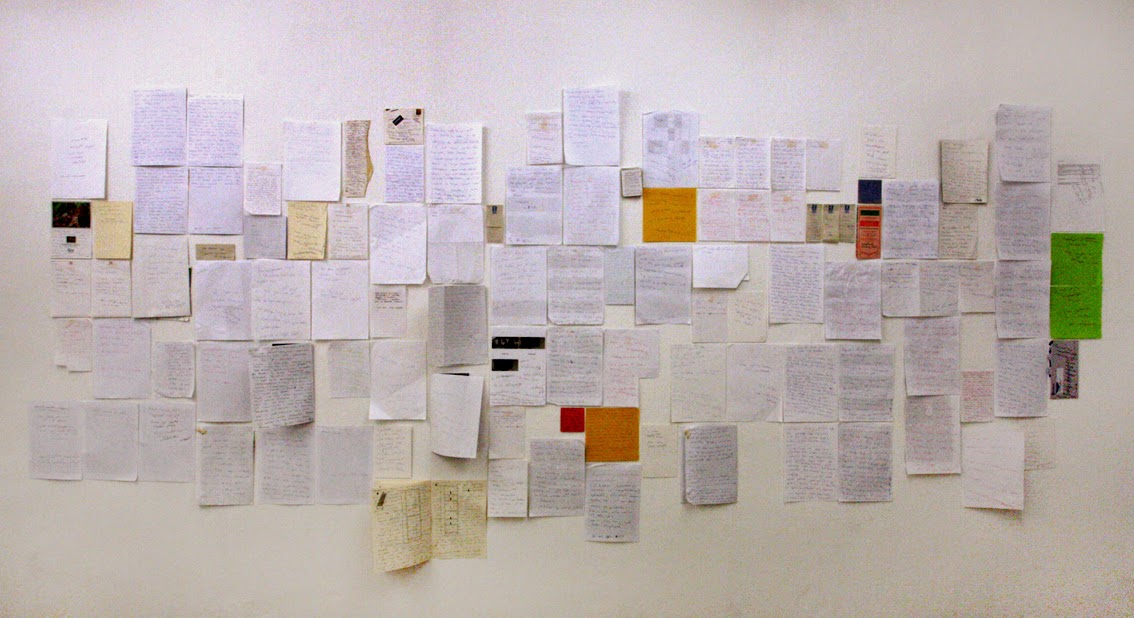 Untitled (Dreams, 2007) and Untitled (Excel Chart) are two examples in which Angela Kaisers takes her observations and own experiences of interpersonal relationships a step further to the unconscious level: writing down, analyzing and interpreting her dreams over an extended period of time.

The outcome of recording her dreams is featured in different ways in her artworks, in the form of original dream notes, quintessential phrases and fragments of the dreams or charts and dream interpretations.

For Untitled (Dreams, 2007) Angela recorded her dreams for a whole year collecting 395 dreams and dream notes. The chart, Untitled (Excel Chart), represents and documents the most important people, places, and symbols of each of the 395 dreams. Quotes from exemplary dreams, thoughts, associations and interpretations accompany this work in progress.